Plumbing problems can be enough to ruin anyone’s day. If you have ever experienced a clogged drain or a clogged toilet, then you know that it often seems to happen at the most inconvenient times. Maybe your plumbing system can sense when you’re running late for work. It’s like your system knows the worst times it could act up and so purposely chooses those times to do so.

All jokes aside, plumbing issues are very annoying, to say the least. If your pipes or plumbing have a major problem, then you will have to hire a plumber to fix it, which can be expensive and time-consuming. Until you are able to call a plumber and get him to your home, you will have to deal with a potentially disastrous situation by yourself.

Imagine this: you’re home alone and you hear water running in another room, the kitchen. You know that you haven’t left a faucet on, so you go to check it out. When you enter the kitchen you stop dead in your tracks. There is water coming out from under your sink, fast. Water is quickly covering the floor and creating a puddle. You have a burst pipe. You grab a few towels and throw them over the spill, but you know this won’t be good enough for long.

Okay, maybe your situation isn’t this drastic. Burst pipes do happen and they can create quite a mess, but they are much rarer than other plumbing problems. Rather than a burst pipe, you are more likely to simply have a leaky faucet or a clogged drain, among other problems. These are still annoying issues, just not as dramatic as a burst pipe flowing into your kitchen.

But, let’s continue with the scenario.

You have thrown towels over the puddle of water, but the pipe is still flowing and spraying water up into your face. You know you need to act fast, but you aren’t sure what to do. Well, before this happens to you, hopefully, you have read this article, because there are a few things you should do when faced with a burst pipe in your kitchen.

1. Turn off your water- Locate the water shut off valve and turn off the source of water. This will slow, if not stop, the water coming out from under your sink. It’s a good idea to know where this valve is before you run into this situation rather than frantically searching while your kitchen becomes a swimming pool.

2. Plug the leak- If able to, locate where the pipe has burst and wrap something around it to stop the water from coming out. Wrapping a towel or some tape around the pipe should be sufficient to at least slow the flow until the plumber is able to permanently fix your plumbing.

3. Call a plumber- If your kitchen is flooding, then you’re going to need the help of a professional. Call a plumber located near you and ask for immediate assistance. If the plumbing company you call isn’t available right away, keep calling until you find one that is.

4. Clean up and minimize the damage while waiting for the plumber- This is a good time to start cleaning up the water from the floor and kitchen cabinets. You probably store things underneath your sink that is now soaking wet. Remove these items to make it easier for the plumber to work. You will probably have to throw away some of the things you find here, like cardboard boxes, but you should be able to salvage some of it. Set the things you can save in a safe place to dry that’s out of the way.

Once the plumber arrives, he can go straight to work on your plumbing and hopefully have good news for you by the time he’s done. If your pipe has burst, then you will need to replace it. It’s best to have a professional do the replacement, as any mistakes can grow bigger later on. Hopefully, you’ve caught the leak before much damage was done to floorboards and walls, but if you weren’t home when it happened or didn’t find it quickly, you may be looking at some extra repairs to fix damaged appliances.

Again, this was a dramatic description of a burst pipe, but that doesn’t mean it won’t happen. Burst pipes aren’t as common as other plumbing problems, but they do happen. You should be prepared in case it happens to you. Know the steps to take and have a plumber in mind to call. If you’ve had work done by a plumber that you liked before, then a good step would be to start by calling them. If you’ve never had plumbing issues before and haven’t used a plumber, first off, lucky you, secondly, pull up Google and search for ‘plumbers near me.’ Google is sure to have lots of suggestions, so you can start calling plumbing companies right away.

You can’t predict when you will have a plumbing disaster. Hopefully, your experience won’t be quite as dramatized as this one, but any plumbing problem is likely to cause stress. If you know the steps to take when facing a plumbing issue, then you can minimize that stress and get your problem fixed as soon as possible.

Some problems, like a leaky faucet, don’t need immediate emergency attention. In this case, you can take your time to try diagnosing and fixing the problem yourself. If that fails, then you can find a plumber to do it for you. If the problem isn’t pressing, then you can take your time when finding a plumber and can choose the one that you think will be best for you and your budget. There are so many different plumbing companies out there that you are bound to find one that will take care of your unique needs in the best way possible. Hopefully, by doing some research and being prepared, your plumbing nightmare can turn into just a little scare. 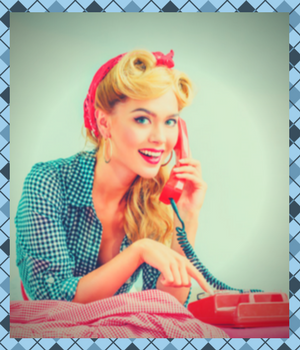 See What Your Neighbors Have to Say About Us!

My Buddy The Plumber Heating & Air

The name says it all! I had a water leak that would have been a hideous mess if we’d try going through all the cement to find where it was. Not only did they fix the leak they also saved me a couple thousand, and I feel like it’s a lot more efficient this new way as well! Thank you guys! I really do feel like we’re good friends!